Diane Vanner Steinberg and Felicia Jean Steele have co-sponsored The College of New Jersey‘s Sigma Tau Delta chapter for 11 years, with Diane co-sponsoring it with another faculty member before then. They became serious about fundraising in 2009, after the Wall Street crash, because state college budgets would no longer simply pay for student travel. Furthermore, in 2009 they suddenly began having 20+ students interested in attending and presenting at convention. It was a perfect storm of increased interest and decreased revenue. Since then, with the exception of one year, they have taken at least twenty and as many as thirty-two students to convention every year.

They typically fund raise about $500 per student attendee, counting $300 that the college simply gives them. They keep records of individual fundraising, allowing some students to travel at no cost at all to themselves, and others to cover only their registration fee. Their fundraising often covers airfare, the shared hotel room, and registration.

Read on for 6 tips from these seasoned fundraisers!

So your chapter wants to attend convention without robbing banks—and no honor student should rob a bank!

Remember that the Sigma Tau Delta Central Office will fund your chapter $300 ($600 for chapters outside of the continental US) if at least one student member attends the business meeting and the regional caucus on Friday during convention. This $300 may be the easiest fundraising of all! The check will be mailed to you following convention, and can help cover incidentals during your time at convention.

With the help of your Chapter Sponsor, your department chair, or any friendly faculty member, explore on-campus resources for student travel. In the past, we have received money from our college’s Provost; our school’s Dean; the Deans in the Schools of Education, of Business, and of Arts and Communications; the Director of the Honors Program; and the Chair of the History Department. All these administrators have not given money each year, but if we have accepted papers in different subject areas, we simply ask. Many administrators have some “flexible spending” funds, and are willing to co-sponsor specific students or the entire group. Every donation helps. Some campuses provide funds for student travel through an office of Student Life or Student Activities. Your sponsor can contact the Dean of Students at your school to ask about processes and procedures.

We have also had some luck soliciting donations from community service groups in our students’ home towns. Kiwanis, Lions and Elks Clubs, and VFW and American Legion posts will sometimes make small donations if you write them a personal letter that describes the paper that will be read by the student from their town, especially a student who graduated from a local high school that you also name in the letter. You can also contact service groups associated with congregations, dioceses, and other faith communities.

Another source of donations has been chapter alumni who have gone to the convention in past years. We have only asked alumni once—for the 2015 Convention in Albuquerque—and for a very specific reason: transportation costs to Albuquerque were the highest our chapter has ever had to pay. We created a GoFundMe page to collect the alumni donations, and used the Sigma Tau Delta tax free number so that GoFundMe realized we were a charity and not a collection of individuals—have your Sponsor contact the Central Office for the necessary information. We set a goal of $145 per student attending the convention, and received donations from our alumni, our faculty, and even some of the grandparents of students who were going to attend the convention.

In addition to our donations, we have also raised funds through hard work. A local orchard pays school groups $90 per student volunteer per day to help with their fall apple picking and apple selling events. Additionally we have signed up with Applebee’s Flapjack Fundraiser. Both of these are very successful because of the high rates of return. 100% from the orchard, and 75% from Applebee’s (which charges us $2 for each pancake eater and our pancake tickets are $8 for all-you-can-eat pancakes, sausages, juice, coffee, and tea). Many other restaurant fundraisers earn only 10%-20% of the money members spend on food, and those returns are not a wise investment of student time. Some chapters have also organized tag sales or “leaf-raking corps,” where students donate their time to rake leaves of local residents. These efforts can also reaffirm your institution’s commitment to the local community.

Another nationally available fundraising group that has been very lucrative for us is Gertrude Hawk, which sells chocolate bars in $1 and $2 sizes, and which returns 40%-50% depending on how many boxes of chocolates one orders. Most members have very little trouble selling the $1 chocolate bars. Other honor societies on our campus have sold Krispy Kreme donuts. Don’t tell your campus nutritionist! 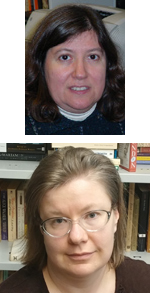 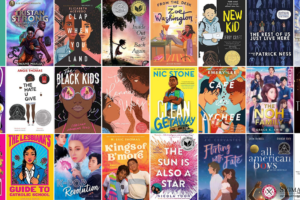 A PRH Internship Taught Me what Movies Get Wrong about Publishing 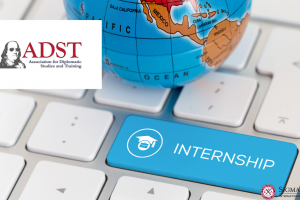 The Cost of an Unpaid Internship

5 Ideas for Common Reader Events
Banned Books: Stand Up for What Moves You
Comment