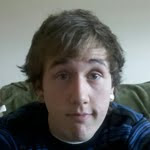 I would like to take the opportunity to inform everyone of a very successful and fun event that the Sigma Beta chapter managed to put together: a Halloween themed open mic that we dubbed “Scream Slam.” This is not the first year that we have put together this event, but over the last couple years it has not been as successful due to sudden blizzards and mix ups with room reservations and catering.

We started planning this event in September, deciding where and when we were going to host Scream Slam this semester. Deciding on a room was difficult because we wanted to ensure we would have enough space for everyone, but we also felt that it was important to ensure the event had an intimate feel to it. Once the room was decided, it was time to figure out how we were going to organize the categories for prizes. For last year’s Scream Slam we had three different categories: poetry, prose, and original work, and we figured that we should also have a costume contest as well to encourage everyone to dress up for this event (something we did not do last year, unfortunately).

After we decided on the categories for the readings, we had to get our hands on some prizes. We usually give out books full of fun and spooky short-stories but decided that gift cards were a better idea so that the recipients could pick what they wanted. In addition, we also received two books and an Amazon Kindle from the CSC English and Humanities department, and we used those as prizes for the best overall reading and the costume contest. A week before the event itself, we picked up a few Halloween decorations and different snacks (chips, dip, cookies, brownies, etc.), and then we focused our attention on putting up fliers all over campus and spreading the word.

On the day of Scream Slam, I came to the student center decked out as Bob Dylan with my frazzled hair, dark sunglasses, and Beatle boots, and carried the various decorations and snacks into our room. A lot of people from the local chapter were there helping out, stringing up spider webs, lights, and other various spooky decorations. It was not very long before people began showing up, and the room rapidly filled. We even ran out of chairs, and some of those that were late coming in were forced to stand.

Once the lights went out, I headed towards the podium. Despite the reading light on the podium, the audience appeared to me as dark, shapeless figures because I still had my sunglasses on (it was part of my costume after all). There were a lot of readers on the list, and many people read more than one piece of literature. The readings themselves were entertaining, which made judging the winner hard, but the event wasn’t called Scream Slam for nothing, and I felt like a huge weight was off my shoulders after the winners were determined.

Events such as this take a lot of planning and work to get off the ground, but spreading the joys of literature around campus is well worth it. Open mics are usually very popular at Chadron State College because they present people with a creative outlet for their work and an opportunity for constructive advice. Couple this with a Halloween theme, free food, and prizes, and it makes for a very successful event. I hope other chapters that want to implement this event have just as much luck as we did! 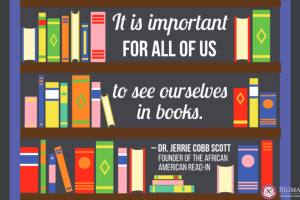 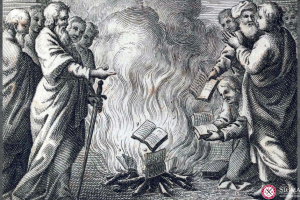