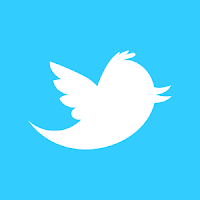 The Tweet the Convention Contest is a fun and easy way to connect with other Convention attendees and learn about all of the excitement Convention has to offer. Whether you are a Twitter veteran or a first time user, this handy guide will help you navigate the contest and come out a winner. (NOTE: Twitter tips listed can be done from the twitter.com website. If you are using a Twitter app on your computer or mobile device, it may not support all of these features).

2– Enter the contest. You can’t win if you don’t play. The full rules for the contest can be found here, but all you really need to know is that to be officially entered in the contest you must send your name, school, email, and Twitter handle to lbrandeberry@niu.edu. We need email addresses to contact the winners and send out prizes. We will not share your email with anyone or use it for any other purpose.

3– Follow @EnglishCon on Twitter. We will be tweeting tips and announcements throughout the convention. You can also ask us questions and we will try to answer.

4– Follow other contestants. The Twitter contest is a social game. You have to interact with other convention attendees to win. You will want to respond to things they say and share their most interesting tweets, in addition to tweeting yourself. See the official List of Contestants and start following the other people on the list. Bonus Tip: If you don’t see your name on the list, we have not gotten your entry and you need to send us a message right away. We will not penalize you if you entered late or if we lost your original entry, but you won’t get as much out of the contest if people can’t find you, so you want to be on the list.

5– Use lists to sort tweets. If you create an account just for this contest and don’t follow anyone but other contestants, this tip won’t help you. But if you are already a Twitter user, or if you quickly discover some of the other fun and interesting Twitter accounts to follow, you will soon notice that your Twitter feed fills up very fast. When you are busy, such as during the convention, you can’t possibly read every tweet to pick out the ones about the contest. Thankfully, there is an easier way.

Twitter allows users to create lists of people they want to follow and then sort your feed by list, so that you can only see tweets by your friends or, in this case, only tweets by convention attendees. You can also follow entire lists created by other people. We have already created a list of contestants that you can follow, or you can create your own custom lists. Go to your Twitter profile and click on “lists” to make a list and to see lists you are subscribed to, lists you have created, and lists other people have added you to. Click on someone else’s profile to see and follow any good lists they have made. Master lists, and you are half way to mastering the contest.

6– Get the right app. Yes, you can use Twitter on your computer if that is your only option. But to really get the most out of the Twitter contest, you need to be carrying Twitter around with you and checking it throughout the day. This means you that if you have a mobile device, you will want to install an app that will let you use Twitter on it. There are tons of free and paid apps available to put Twitter on your smart phone, tablet, ebook reader, iPod Touch, and probably just about any other portable device. To find the best options, do a web search for the name of your favorite device and the words “best twitter app.” Set it up, play with it and become comfortable with how it works so that once the contest starts, you can tweet on the fly like a pro.

7– Master the Retweet. Part of the contest involves contestants “voting” for their favorite tweets. How do you vote? With a Retweet! Retweeting means quoting someone else’s tweet in your tweet, as a way to share it with more people.

Twitter has a built-in retweet function that will make the original tweet appear in your feed exactly as it originally looked, but with “retweeted by” at the bottom. This is the fast and easy way to retweet. Check out @EnglishCon for an example. If you see tweets that appear to be from other people in the @EnglishCon feed, those are things we retweeted.

8– Don’t forget the photos! We love to hear about what you are doing and seeing throughout your stay in New Orleans. We love it even more when we can SEE what you are doing. Please remember to share your photos of the convention and your trips around town. The twitter.com website and most Twitter apps will have a built-in way to upload and share photos quickly–just look for the little camera icon. There are also several free services such as Twit Pic.

9– Tweet early, tweet often. The contest actually starts on Monday, February 27, two days BEFORE the convention, and ends two days after the convention, on Monday, March 5. This is because we want to hear about the whole experience, from packing and planning to reflecting and decompressing. Get started bright and early Monday morning to iron out all the kinks, find your Twitter groove, and start amping up the excitement.

10– Have fun! The whole point of this contest is to give people a fun way to interact and document their convention experience. Yes, there is a $50 Amazon.com gift certificate on the line, but the most important thing is to connect with people and have a good time. If everyone does that, we will all be winners.