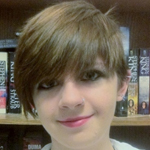 Before the convention, I had never before traveled out of my time zone. The rest of my chapter left the University of Oregon for the convention the day before I did, so I traveled alone, attempting not to fall asleep in the Eugene airport before my 6 a.m. flight and running around Salt Lake City airport while panicking about potentially missing my connecting flight (which was delayed an hour).

I have a horrible sense of direction and a tendency to cling to the familiar so hard that I almost merge with it, so by the time I landed in Albuquerque I was desperate for familiarity. My Faculty Sponsor picked me up at the airport, and as we got closer to the hotel I silently hoped my fellow chapter members would help me feel more at home.

Little did I know that my definition of “home” was about to change. The sheer size of the convention overwhelmed me at first, but it didn’t take long before I was conversing with people about Shakespeare plays I hadn’t yet read and which Hogwarts house I belonged to. Even when I didn’t know where I was or what anyone was talking about, I didn’t feel lost; the passion for literature that everyone brought with them to the convention made me feel right at home. It was infectious–even if you had never even heard of a book that someone was talking about, you couldn’t help but feel excited about it because they were excited about it.

Though I was also able to identify things that reminded me of being back in Eugene–my fellow Alpha Tau Phi Chapter members would frequently “throw up the ‘O’ ” for photos and to help us find each other, and I even found some ducks swimming in the Rio Grande that reminded me of my school’s mascot–nothing felt more at home to me than those conversations that had nothing to do with the place I call home. At the convention, home didn’t mean where you came from; home meant where you felt you belonged. All the ducks in the world couldn’t take the place of the passion for literature felt in Albuquerque. For those few short days, Albuquerque was my home.

I still miss it. 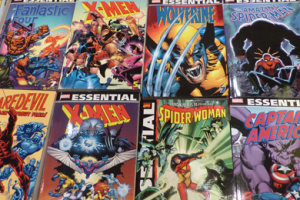 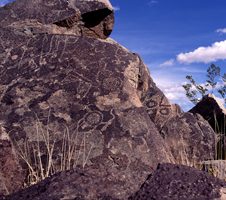 Borderlands and Enchantments: A Writer’s View 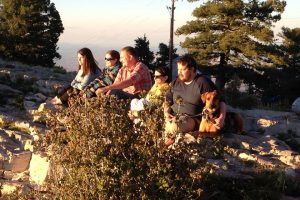 Student in the Boardroom: Making Your Mark as a Sigma Tau Delta Student Advisor