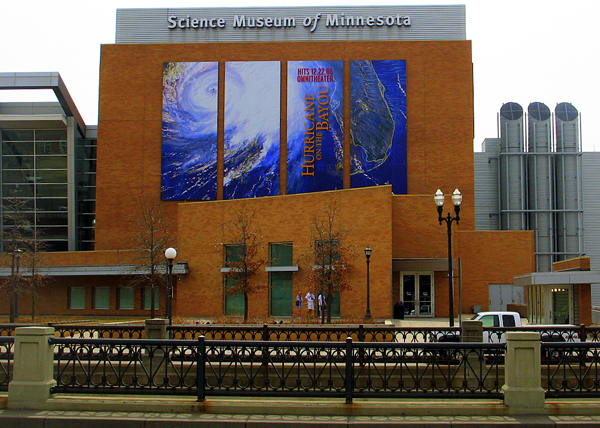 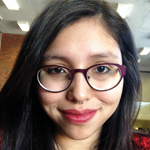 As a Student Leader, one of the perks of the job is going out on a field assignment to gather information about local stops of interest for you, the future attendants of the Sigma Tau Delta 2016 International Convention. As a first-time visitor to the Twin Cities of Minneapolis and St. Paul, I was excited to explore both cities and what they had to offer. Along with two other Student Representatives, I inspected one of the best locations in Downtown St. Paul, The Science Museum of Minnesota. 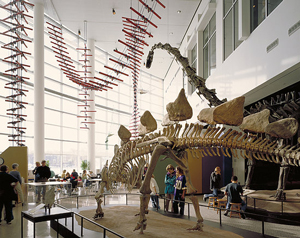 From the Hyatt Regency Minneapolis, the 45-minute Metro ride costs only $1.75 during normal hours and $2.25 during rush hours, and takes you to downtown St. Paul. A six-dollar student admission fee allowed me to explore the museum from top-to-bottom, using every sense to learn about the exhibits currently on display.

Through the museum’s various floors, we encountered automatons protected by glass cases that came to life with the simple press of a red button. Dinosaurs and their fossils were resurrected through artistic renderings of an Earth long, long ago. Math became fun in an exhibit called Math Moves, where you could move gears to create drawings, and create a shorter or taller shadow of yourself simply by moving in front of an LED light.

My favorite exhibit by far was “The Human Body Experience.” Within the exhibit, there was an interactive lab complete with white lab coats where kids and adults alike could learn about blood cells and an Egyptian mummy assumed to have been a priest or servant. Additionally, there were various games including one about how babies and toddlers view the world, and a microscope that allows people to get an up-close view of the patterns and coloring of people’s irises.

To me, the museum gave the opportunity to revert to a child-like state full of wonder and intrigue. Unlike other museums where the policy is “look, but don’t touch,” the Science Museum of Minnesota encourages guests not only to look, but also to touch, feel, smell, and learn about the wonders science has uncovered.

I recommend the Science Museum to anyone looking for day’s adventure in being fully immersed by the museum’s interactive exhibits.

Leave a comment below with what exhibits you’re hoping to check out when you’re in town for convention.

The Science Museum of Minnesota

The Science Museum is located at 120 W. Kellogg Boulevard, across from the Xcel Energy Center and RiverCentre in downtown Saint Paul, MN 55102.

When you head to the museum, hop on a Metro Transit bus or train. It’s a fast, stress-free way to get around town. With so many routes serving downtown Saint Paul and the museum, getting here is easy!

Use the Metro Transit Trip Planner to find the best route.