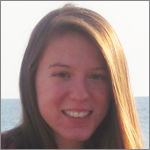 “Definitely going to miss this view. See you soon, Savannah.”

This caption accompanied my Instagram photo that showcased the scenery from my hotel balcony. I couldn’t leave Sunday without taking one last picture of the boats gliding along with the river current and the bridge standing tall in the background. 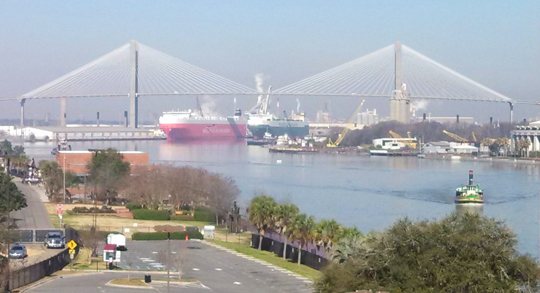 This was my second trip to Savannah, so I already knew I adored this city. History is embedded in the cobblestone streets. Music gets tangled in the moss lazing in the trees. Charm is in no short supply amongst the trolleys, shops, restaurants, and people. Walking throughout the city it is easy to see why so many writers have been inspired by Savannah.

The final weekend of February ushered in a new generation of writers to Savannah. These people were often easily spotted due to the matching name tags or because they wore a cool English themed button or shirt picked up at the merchandise tables. The days spent exploring the city and filtering in and out of convention rooms offered the opportunity to meet with these Sigma Tau Delta members.

Throughout the sessions, students shared their scholarship and creative works, and invited the audience into conversations that expanded knowledge and broadened perspectives. These conversations often did not stop just because the sessions ended. I would notice that as we cleared the rooms for the next sessions to start, small groups would form continuing the thoughts brought up in the closing question and answer periods.

It was an incredible experience to interact with others who share the same love of language and literature that I do. Part of this interaction came during the business meeting. Surprisingly, it was one of the most entertaining sessions of the entire convention.

The roll call that kicked off the meeting shed a little light onto the personalities of each chapter as they proudly announced they were present. Both large and small chapters had unique group cheers or clever slogans and sometimes even choreographed moves. The creativity of English majors could be clearly seen and heard.

I wish I could have captured the energy and enthusiasm in that room and shared it with Instagram. The photo and two sentences that I posted did not begin to cover my experiences at convention. The city, the people, and the conversations all added up to one wonderful weekend. 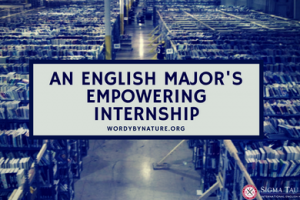 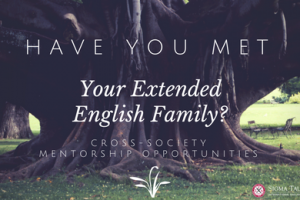 Embrace It
On Studying Abroad