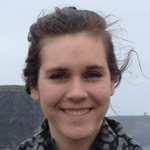 Thanks to my supportive and generous grandparents, I was able to go on my school’s study abroad trip to Madrid, Spain, this summer. Before the trip, I’d never been out of North America. I knew enough Spanish to survive, though I had serious shyness speaking to native Spanish speakers. Traveling to a Spanish-speaking country and staying with a host who only speaks Spanish was frightening and at times frustrating, but the stress and pressure erased shyness and forced me to learn.

In my experience with learning a second language, I can remember where and why I learned certain words. For example, the day I learned “forgot,” “key,” “wallet,” and “lost’ in Spanish; ironically, it was the worst and best day of my trip.

Along with a few other girls in our group, I planned to go to Ireland for our free weekend. We all needed a break from Spanish tours and frequent miscommunications. Preparing to leave turned out to be my worst afternoon (or actually hour and a half) in Madrid including being locked out of my house without my passport, finding bird droppings on my shoulder and in my hair, cleaning myself up in the canned goods aisle of a supermarket with napkins from my lunch , temporarily losing my wallet and phone, crying in the middle of a street, and finally calling my school in Madrid for help.

The receptionist who answered the phone refused to speak to me in anything but Spanish. Though I knew enough Spanish to communicate with her, I was so flustered and upset that I didn’t know what to do. I tried my best, but she just kept repeating that my host must not have been home, even though I explained that she had all of her windows open. Eventually, she just hung up the phone.

Luckily, someone leaving the apartment building let me inside, and I was able to ring my host’s doorbell, run inside to change and get my passport, and get to the meeting place for our traveling group in the nick of time. I was so stressed and grumpy that I was hardly excited about going to Dublin. That feeling changed pretty quickly when the plane landed. We took a bus to our hostel, and I was so relieved to hear English (even if it was totally different from American English) all around me.

A good friend and I walked around Dublin the next day, seeing incredible sights like James Joyce’s house and Oscar Wilde’s birthplace. I felt at home with all of the culture and people I’d read about in books and seen in movies. The Bloomsday celebration (a festival in honor of James Joyce) was held the Saturday night we were in Dublin, but we were busy on a tour and weren’t able to go. Still, hearing Irish history and literature described by actual Irish people was an experience I’ll never forget. The people there really are as friendly and upbeat as people say they are.

So, even though I had unreasonable trouble getting to Ireland (worst part of my trip), I ended up in a place where I felt totally at home and happy (the best part of my trip). Spain was a Spanish textbook come to life and a grammar nerd’s dream; Ireland turned out to be an unexpected but completely wonderful dream/book/movie manifested in reality.Are

Are you interested in studying abroad? Undergraduate members planning to study abroad for an academic term or year in a certified undergraduate program may be eligible for a Sigma Tau Delta Study Abroad Scholarship. 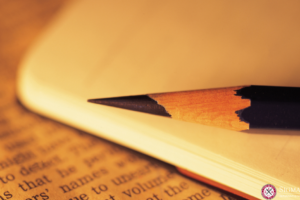