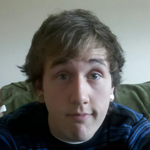 My band and I left Alliance, NE, on the morning of our three week long tour with roughly $600 in gas money. Some of us had hardly any food money to speak of. Luckily, I had manage to find $60 safely hiding in my winter coat, as if I knew some cold evening in January that I would need the cash in the future. When I described this tour to my friends and family the reaction was always mixed. The common reaction was “Well that’s great! Go get ‘em while you’re young!” but I was also met with concerned looks when I described the typical living conditions for a band while on tour.

I will not lie, it was definitely hard work. Every day we had to load in thousands of pounds of gear, and after we were exhausted from playing we had to load the gear back into our trailer so the next band could go on. Even though we worked hard, there were moments where there was no pay off (I’m thinking of one show in particular where we drove almost twelve hours in one night and did not make any money from the concert the following day). We managed to go three weeks without getting a single hotel room which is really not that hard to do as five people can easily sleep in a van without being too cramped. Admittedly, it did get old and I was more than happy to sleep on a stranger’s floor or couch. As I mentioned earlier, food money was tight, but we pooled our cash together and bought cans of tuna, chicken, peanut butter, bread, and fruit. By the time the tour was over our van had the distinct smell of feet and tuna, and even today that stench lingers, as if beckoning us back to the grime and sweat of the road.

Despite the heat and the lack of showers and food, I can easily say it was the happiest time of my life. I have always been a big fan of the Beats and I could not help but feel like Kerouac as I was rolling down the highway in the heartland of America with four of the most mad, yet best people I know. The ultimate purpose of this tour was to promote our band, make connections, and play for new people, but as I returned home I found that the connections that were made were not only professional, but personal.

In every town where we played we were met by young adults who not only have a passion for their art, but also a passion for what is going on around them, and this shined through in their art. This was not just limited to the musicians we played with, but also with people that were hanging around at the show. In the very center of America were artists, musicians, poets, writers, photographers, and all were eager to share their homes, floors, food, opinions, and works of art. I was surprised by all of this because so many people disregard our generation as plugged in and tuned out, as looking for instant pleasure and reward.

The Far Western Student Representative, Alexander Daley, mentioned in his post “A Paper or Plastic World: Beauty After Graduation” that English majors find small details of beauty in life. I agree wholeheartedly with this statement and I believe that I found the beauty of my generation, of our country, along the old highways and in the dusty towns that lie in the center of the country. While flying from city to city may be the fastest way to travel, it is impossible to see the dormant beauty of our country from a tiny window 40,000 feet above the ground. The best that this country has to offer can be found in the unusual places, dwelling in small-towns, campgrounds, basements and apartments, and the only way to experience this, in my opinion, is to get out on the road. 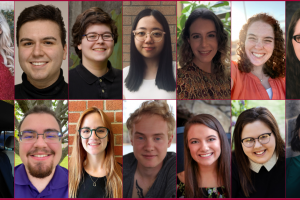 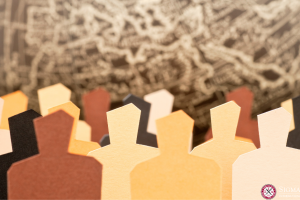