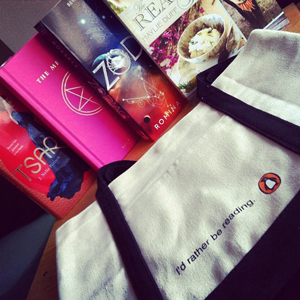 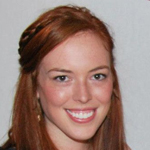 It’s hard to believe sometimes our alphabet only has 26 letters. These 26 letters create anything and everything the mind can imagine. From this blog post to classics like A Tale of Two Cities, even childhood favorites like The Giving Tree. This is one of the many reasons I fell in love with the English language, and like many of us wanted to pursue it during college and after. For some, people told you how crazy or useless this major would be. You pay thousands of dollars for a college education and simply learn about your native langue. However, English is much more involved than others realize.

I lucked out though. I’ve always been a complete book nerd since I was little; dressing up as Amelia Bedelia instead of the Power Puff Girls or a Disney princess for my 3rd grade Halloween party. I have been able to turn my passion for stories into something more during my time at Penguin Random House as Razorbill’s intern; razorbill, as in the imprint responsible for titles like Jay Asher’s 13 Reasons Why or Richelle Meads Vampire Academy series.

As an intern I am constantly learning and reading something new and exciting. Going into this internship I figured I would simply sit at my desk reading books all day. Although, I quickly learned this internship would be much more hands on. While I do spend a majority of my time reading books or manuscripts—which are under consideration to being acquired—I also get to learn about the industry. I never would have guessed until this summer the books we see on the shelves at Barnes and Noble took months and months to find a home there. The new release novels, while new to the public, have been a year and a half in the making. From acquiring the book to line-edits and cover design it really takes an army to create just one of the novels we find ourselves reading.

When I first started in June, everyone around me was working towards and preparing for something the industry calls Launch. Not knowing what this was I quickly became enticed by the process. A complete year in advanced editors from every imprint must defend and sell their upcoming titles to the entire sales team for its division. Such a daunting and stressful task is not something I ever expected in editors to partake in. However, I am quickly learning there is a whole other side the publishing industry offers besides what I learned in my classes at school.

But the best part about this internship is I’m not limited to only interacting with one department. Each week Penguin sets up lunches and talks for interns. This way we get personal stories, advice, make connections with others who started out right where we once were.

New York itself can be the strangest and greatest city all at once. Not many places you will find a man in an expensive suit on the subway next to a Brooklyn hipster; a mom and her kids sitting on one bench, and a homeless man sleeping across from them on the other. I think it is this diversity which makes the city such a creative hub. It gives off this enticing, drug inducing vibe. Making its inhabitants believe anything and everything is possible with some hard work and a lot of luck. This constant go environment seems to make Manhattan keep spinning.

It truly is the city that never sleeps. Thankfully for me the publishing industry takes full advantage of “summer Fridays.” For an intern like me this means I don’t have to work on Fridays, getting a full three day weekend to explore. Even though Manhattan is a small island with a large population, there are still so many beautiful places and spaces to explore. 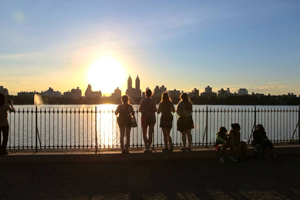 By far the most appealing view I have found belongs to The Met. After careening through all the museum has to offer, visitors are treated to a breathtaking view of the city atop the building in their rooftop garden. The foliage around the city is a fresh, bright green. Onlookers can see the skyscrapers lining the clear blue sky for miles on end. It’s the perfect 360 view of the city, putting you at eye level with the central park tress.

When you are walking through the city it seems like such a large and intimidating place, but I can’ help but remember the very first view I had of the city at a time like that; flying in on the plane from Florida. The pilot circled over the Brooklyn Bridge and around the Statue of Liberty. When you see the city as something so small, you realize it is not such an intimidating place.

The Penguin Group (USA) ten-week paid summer internship is offered to current undergraduate Sigma Tau Delta members. The internship takes place in New York, NY, with exact dates to be determined by agreement between the recipient and Penguin Group (USA). The recipient will work 28 hours per week, earning minimum wager. Sigma Tau Delta will provide the recipient an additional $1,500 stipend to assist with travel and housing expenses. Submissions will be accepted through Monday, January 26. 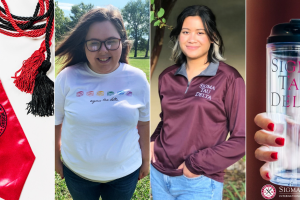 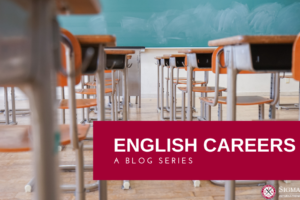 Student in the Boardroom: Making Your Mark as a Sigma Tau Delta Student Advisor
With Mirth in Funeral: A Lesson from the Start of a P.C. Somerville Teacher’s Career
Comment