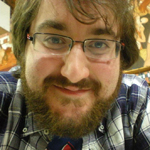 We’re lucky to live in a world where diversity is more widely celebrated than it is condemned.  It’s not perfect by any means, but it is closer to equal today than during the time depicted in Natasha Trethewey’s Bellocq’s Ophelia, our Common Reader for the 2012 International Convention in New Orleans.  Bellocq’s Ophelia received the 2003 Mississippi Institute of Arts and Letters Book Prize and was named a 2003 Notable Book by the American Library Association.  Trethewey herself won the Pulitzer Prize in 2007 for her more recent poetry collection, Native Guard.  Trethewey treated us Sigma Tau Deltans to a historically and contextually grounded reading that should open our eyes to the depth and complexity of life, culture, and race during any time period.

With Bellocq’s Ophelia, Trethewey performs a poetic retelling of the photographs of a mixed-race prostitute taken by the historically renowned E. J. Bellocq of New Orleans in the early twentieth- century.  Through the creative-critical lens of Trethewey’s text, we see a recreation of the historical context in which this woman, Ophelia, lived and worked.  Through the poems she shared with us, including “Countess P-’s Advice for New Girls,” “Photograph of a Bawd Drinking Raleigh Rye,” and parts of the “Letters from Storyville,” Trethewey gave the audience significant insights into the life of women like Ophelia.

Even living in an oppressive time, Ophelia was a woman with personal growth in mind, always educating herself.  Trethewey experienced her share of racism and sexism growing up as a woman of mixed race in Gulfsport, Mississippi.  During her reading, Trethewey elaborated upon issues close to her that any Deltan could appreciate.  She discussed important factors from her past that fuel her passions and creative drives now.  She gave us a deeper insight into the research and work done to write Bellocq’s Ophelia, from studying Bellocq’s actual photographs to her archival dig through historical records. She revealed her frustrations as she tried to break away from writing in a set form, and how, through her challenges to herself, she came to embrace her historically-oriented, character-driven style.  From the readings, to her commentary, to her Q & A, Trethewey spoke with clarity and strength that kept her Deltan audience captivated.  We were lucky to have her share her work with us in New Orleans.