Are you looking for a way to connect with other members of the alumni group? Do you miss the clubs and activities of college? Sigma Tau Delta’s Alumni Epsilon Chapter has all sorts of opportunities for you to be a part of the team, and we would love to have you!

The Bylaws and Strategic Planning Committee works on the technical aspect of the Alumni Epsilon Chapter. A few years back, they were the ones who worked on drafting and editing the wording for the constitution for us, and any time there are amendments, they are the ones who take care of it.

The Communications Committee works on outreach and social media contributions. We are the ones who write articles for the newsletters and post on Facebook, Instagram, Discord, and Reddit. See the end of the article for links to each of the pages!

The Fundraising Committee works on brainstorming and implementing ideas for how to raise money. This committee is great if you’re creative (as I know most of you are) and have a knack for making money!

Finally, the Membership Committee works on outreach and connecting with other members of the organization, as well as with the Sigma Tau Delta organization as a whole.

There is minimal participation required for each committee—most committees only request a couple of hours a month for full participation—and they are great for adding to your resume if you are recently out of college and needing some extra padding.

If you have any questions, please don’t hesitate to reach out! We’d love to hear from you, and we can’t wait to have you on the committees! I’ve been on three of the four committees before becoming the Director of the Communications Committee, so I would be happy to share any experiences or recommendations with you! 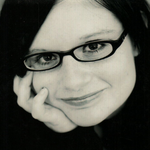 Sheyanna Schnepper has her Bachelors in Teaching English as a Second Language and French, and her Masters in French. She lives in Cincinnati with her partner, where she teaches online French for Ivy Tech Community College. She is currently the Director of the Communications Committee, and is dying for the next Sigma Tau Delta convention! 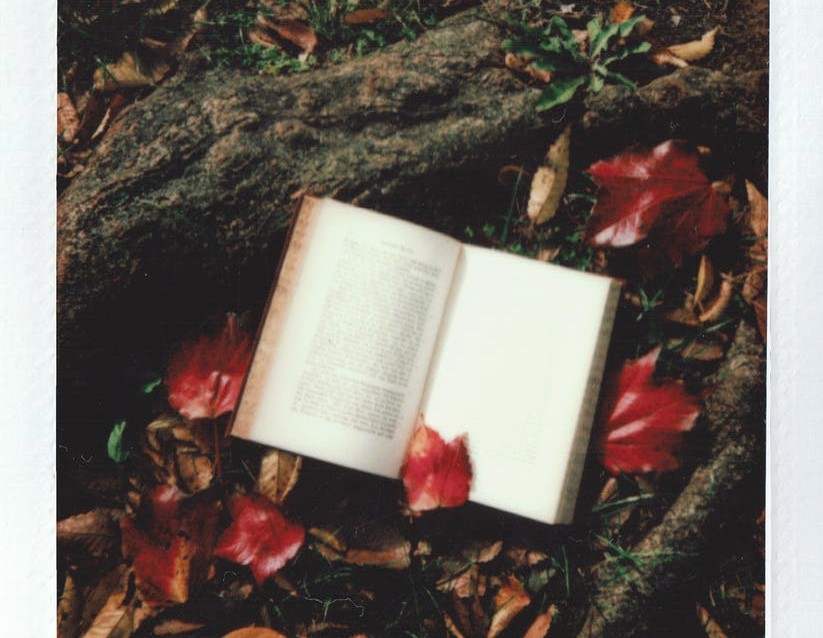 Imagine, if you will, your perfect library. What does it look like? No, not the furniture. Not the draperies over the windows, and not the paint color on the wall. What do the books look like? Are there shelves upon shelves of physical copies, hardcovers and paperbacks that you can inhale and touch as you devour the stories within? Are they recordings expertly narrated, letting you sit back and relax as you relive the joys of childhood storytime? Or are they data files, accessible from tablets and phones, an entire library within your pocket?

The question of superiority between physical books, audio books, and e-books is a hotly debated topic, and one that doesn’t seem to have a clear victor. If you had asked me ten years ago, I would have instantly responded in favor of physical books. I grew up captivated by the smell and feel of the softened pages, yet another Disney girl who wanted nothing more than to be Belle with that gigantic library. And I worked as a bookseller when the Kindle arrived on the market, back when the cries of “Bookstores will be a thing of the past!” first began. But just as audiobooks have coexisted peacefully on the shelves with their physical counterparts, so too have e-books claimed their place in the world without destroying brick and mortar stores. All three formats have their merits and drawbacks, so let’s take a closer look at why we might choose one over another:

There is no denying, physical copies have a romantic appeal—for many of us, the tactile sensations add to the enjoyment of the act of reading, and it’s easier to connect with fantastical worlds when holding that book in our hands. Visually, a book collection is more impressive when displayed like cherished friends throughout our homes, providing insight into our priorities especially when available living space is at a premium. For those with rooms to spare, an entire room dedicated to a library may provide comfort and relaxation. And for practicality’s sake, a physical copy does not require a charged battery, giving entertainment options amidst a power outage. But for all of their appeal, physical books DO require a certain dedication—a dedication of one’s space, and a commitment to lugging them around every time you have to move. For those living in close quarters, this format necessitates an abridged library, requiring you to either occasionally purge your collection or to be incredibly selective in the titles you choose.

Once seen as merely the commuter’s friend, audiobooks have grown in popularity over the years, especially as the quality of narration continues to improve. Instead of employing the random Joe Shmoe to read to us, well-respected actors and sometimes even the authors themselves are now narrating the tales, making the stories feel more like an exciting radio drama or play. Audiobooks also allow for more storage options—you can have a library of physical discs, or you can stream them off of your phone or tablet. Besides the commuter, this format appeals to those with a busy schedule, who might not have the luxury of free time for reading. And certainly this widens the net of accessibility, providing access to those who might not be able to utilize the printed formats for a variety of reasons.

My former nemesis. As mentioned earlier, my feelings toward e-books were originally less than favorable. If you were a bookseller in the mid-2000s Amazon was The Devil™ and the newly released Kindle was its prophet of doom. We were regularly told that our jobs would be in jeopardy, and this fancy technology wasn’t helping matters. Eventually our chain bookstore would carry our own e-readers in attempts to stay relevant, and the talking points were as such: E-readers are portable and convenient—you can carry several books with you at a time without the added weight, a huge benefit for students. E-readers allow you to have an entire library even if you live in the smallest of spaces. They let you change font sizes, a huge benefit for those who normally have to seek out books in large print. You can read at night without disturbing your partner in bed due to an e-reader’s backlighting. And you can purchase a new book at any hour of the day, no need to wait until the bookstore opens. These points are still valid 15 years later, with even more benefits now that we’re living in a pandemic.

I began working at the library about two and a half months before everything shut down. Our doors were closed for at least two months, causing patrons to lose access to the physical items within the branches during that time. Before we were able to offer things like curbside service, our library system decided to add to our already substantial electronic offerings. We funneled additional funds toward e-materials, increasing access to those who were stuck at home. Even after our doors reopened, electronic check-outs continued to rise, as patrons were uncertain about the safety of taking home the physical items (though we were quarantining them for several days). We’ve since learned that the likelihood of transmission through books is fairly low, but whether for safety or for convenience, interest in the electronic format has not lessened, nor is it likely to.

We can argue as much as we’d like about which format is best, and certain formats will unquestionably suit some more than others. We have our reasons, some of them practical, some of them stubborn. But at the end of the day our love of reading unites us, no matter how much we insist on the necessity of two-story libraries. And despite the hang-ups of my youth, I bought my first e-reader last year—a Kindle, if you can believe it. 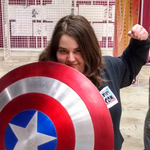 Lindsay Gibson has a BA in English Literature from Grand Valley State University and has been a member of Sigma Tau Delta since 2015, serving as President of her chapter for the last two years of her degree. She currently works as an assistant branch librarian and a freelance content writer, and is attempting to make a dent in her ever-growing To Be Read pile.

As many of you may already know, we have had to shut down our store due to problems that occurred during the pandemic with procuring our merchandise and shipping out orders. At this time, to our knowledge, we have made refunds to all those who had open orders that could not be filled. All previously open orders have consequently been canceled.

This cancellation refund decision was made regardless of the previous notice that those interested in still having the order filled would be allowed to keep the order open with payments saved. After so much time had passed, we as the Executive Committee of our chapter felt that it was unfair to those who had paid but received nothing for more than nine months to not have the money refunded when we still had no way of knowing when shipments would be processed.

At this time, we are happy to announce that the store will be back up and running in January 2022! Please be on the lookout for an updated link to the store, some new merch, and further updates on our social media accounts on Facebook or Reddit. In the meantime, you can get some official AE merch from our redbubble.

If you made an order but do not believe you have received a refund, please contact us using the subject line “Refund Request” at the chapter email alumniepsilonchapter@gmail.com as soon as possible. 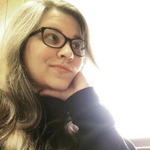 Peggy Sue Wood is the current Alumni Epsilon Chapter’s President as well as a freelance editor and writer in the Greater Los Angeles Area. Before becoming a freelancer, Peggy studied English Literature and Creative Writing at Chapman University in Orange, CA. In her free time, she writes and publishes notes, tips and tricks, and other information on what she’s learned about writing and publishing, free-of-charge for those interested in entering the field of editing/writing or looking to improve their understanding of the industry. To learn more, you can visit Peggy online at peggysuewood.com. 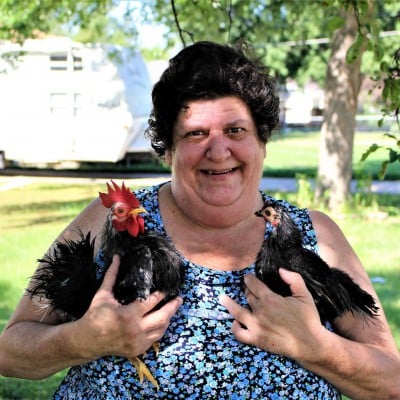 Janine Brooks was a vibrant woman with many interests. One of her greatest passions was the study of English. She was an avid member and leader of Sigma Tau Delta, International English Honor Society. She also took great pride in her work for the Chemistry Department at University of Nebraska—Omaha. When not focused on school or her work, Janine advocated for change in the state of Nebraska when it comes to the care of children with profound mental illness; she also soap-boxed for adults-with-autism to receive services that would allow for them to live independently in the state. Janine enjoyed spending time with her pet chihuahua, Morgan le Fay, and raising chickens. 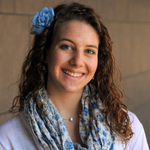 Dana Eckstein Berkowitz received her BA in English from the University of Hartford in 2013 and her Masters of Library and Information Science from Rutgers University in 2017. She writes poetry, fiction, and drama. Her work has appeared in Words Apart Magazine, the Sigma Tau Delta Rectangle, Inkblot, andAerie Magazine. She has presented at every Sigma Tau Delta convention since 2013 and previously served as Communications Chair and Treasurer of the Alumni Epsilon Chapter. Her short story “En Pointe” won the Alumni Epsilon convention award. She also plays the ukulele, and you can hear her at convention playing songs and musical bad poems. She is passionate about libraries, tea, flowers, and her cat.