If you’re anything like me, you probably see essay writing as an intimate experience. It’s often that a lot of me goes into the type of rhetoric I employ—an extension of myself. That means offering it to someone to read is like handing over a part of myself and asking what they think of it.

Being an English scholar is like a perpetual exercise in self-reflection: What we do isn’t math, and so it usually isn’t possible that we’re objectively incorrect. Rather, the subjects of criticism we can expect come in two primary forms: the strength and persuasiveness of our arguments and the effectiveness of the way they’re communicated. I concern myself with the latter for the purposes of this largely opinion-based piece.

I’ll now speak anecdotally, so take this with a grain of salt: The way in which I tend to write is strange, and I haven’t made much effort to dramatically change my style throughout my soon-ending university career. My essays tend to be littered with nominalization, sentences too long for their own good despite being grammatically sound, and ostentatious phrasing. They also tend to be thoroughly marked with red pen spelling out that often-dreaded and much-less-often understood “awk.” after being marked by professors. Call me stubborn, but I try not to cater my writing to the tastes of particular professors—some of which I’m pretty familiar with by my fourth year. What I’ve noticed is that submitting similarly-written essays to different professors yields wildly different reactions in terms of their stylistic evaluation.

Mechanics are one thing—grammar means rules, and if we don’t have rules we can’t communicate. Every human language is plagued by what they rely on to exist: consensus. Naturally, English is no exception. The mechanics of our language are consensual: We’ve all agreed that grammatical rules must be followed in order to birth something we call coherence. But what’s style? How do we evaluate it? You might submit one essay to a professor and be reprimanded for awkward phrasing, convoluted sentence structure, and ideas that seem to emerge from the ether. Another professor might regard it as lyrical. 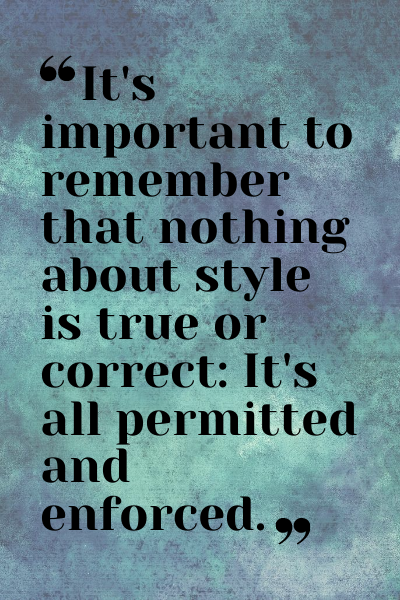 One of my instructors recently acknowledged something that I’ve known for a long time, but never really thought about—like a skeleton in my closet. We, as English students, are made to read and cite secondary criticism that can seem impermeable. You know what I mean: some of this stuff can seem impossibly complicated, but it’s always rich in content. We hail them as great writers, masters of their craft—they’ve been published, after all. But my instructor acknowledged that if we were to ever submit something written in the style of secondary criticism we might find in a scholarly journal, we’d likely be reprimanded.

What professor has time to grade a hundred impossibly complicated and stylistically unique papers? Streamlining is key to our education system—but it can make us feel like we’re on an intellectual assembly line. I’m told the golden rule of writing is clarity, clarity, clarity. Make sure your reader can understand you! Seems logical, right? I suppose it is, but what’s the cost? That essay, that piece of you, that rhetorical extension of yourself—at what point is it diluted, watered down by the looming specter of hegemonic style? Sometimes it seems like the modern precedence of STEM disciplines is bleeding its way into the arts—maybe we’ve a perpetual anxiety that we’ll be forgotten if we don’t render our work a well-tuned science.

I think it’s important to remember that nothing about style is true or correct: It’s all permitted and enforced. Grammatical rules are the same, but I think they’re going to be a necessary evil if we want to communicate at all. Should we have rules pertaining to style, though? How strict should they be? I’m not necessarily advocating for avant-garde essay writing, but I find myself torn in any case. It’s difficult not to think that style itself is hegemonic in nature, and therein enforced by dominant discourse. I’m not sure how far I’d take it, but we might even consider that strict stylistic enforcement is almost gatekeeping, as if scholarship should be some exclusive club governed by those with a mastery of whatever they permit as truth.

I figure I’ve written quite a bit at this point, but maybe without saying much. There’s a self-conscious part of me terrified that all of these concerns are trivial, consequent of the deluded nature of a pretentious, naïve fourth-year English major. Still, though, I don’t think that there can be exemplary writing without a basis on which to assess it. That in mind, I humbly encourage you, as a fellow English scholar, to remember always that your writing is worth something whether anyone likes it or not. 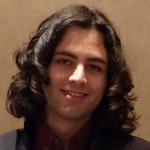 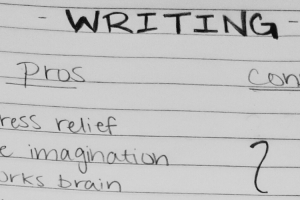 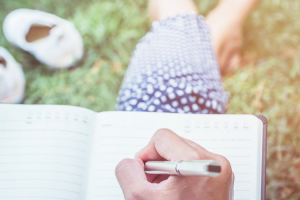 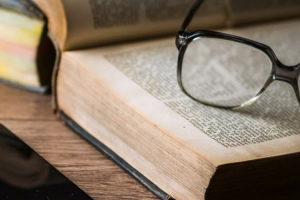 Taking Care of Your Writing Through Difficult Times
Comment